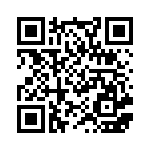 Prepare to be thoroughly absorbed in Shadow Knight Deathly Adventure's epic universe of monsters, heroes, and astonishing acts. Have fun with the action-packed gameplay that will transport you to extraordinary adventures as the Shadow Knights. To bring peace to the earth, you must defeat monsters, devils, and the immortals of darkness.

Enjoy limitless in-game actions while immersing yourself in compelling storylines that will keep you hooked on the adventures. Enjoy the outstanding gameplay and incredible in-game components of the class shadow fighting mechanisms. In Shadow Knight Deathly Adventure, you may strengthen your heroes in a variety of ways, face off against a variety of exciting enemies, and make the most of your adventures.

With our in-depth evaluations, you can learn more about this intriguing game by Fansipan Limited.

Android gamers will discover the fantastic land of Harmonia in Shadow Knight Deathly Adventure, where all races dwell in peace. However, the forces of darkness have risen from the depths of hell to wage a never-ending war against humanity. With darkness engulfing the earth, it's up to you, the Shadow Knight, who has been endowed with enormous powers and duties, to conquer the monsters and return them to their rightful place. You'll face nasty beasts, massive bosses, and tremendous action challenges ahead.

Play a thrilling side-scrolling action game with unique shadow visual aspects, in which the characters and enemies are merely shadow figures with no colors. To escape and defeat the monsters of hells, use your agile movements and various devastating assault moves. Enjoy the action-packed components of the game, which include fluid motions and intriguing in-game physics. As you progress through the levels, you'll be prepared for a variety of challenges.

Immerse yourself in the addicting and entertaining hack and slash action experience. Explore the exciting and compelling in-game stories that will hold your attention. To get the most out of the game, employ a variety of different weapons and goods. To make the most of his skills, unlock additional powers and abilities for your heroes. The list could go on and on.

Because of its simple and intuitive touch controls, Android gamers in Shadow Knight Deathly Adventure will have no trouble experiencing the great action gameplay right away. Here, you may use the intuitive virtual touch analog to navigate your characters around the scenes easily. Make efficient use of the available touch buttons to carry out your offensive instructions and a variety of boosted talents.

Shadow Knight Deathly Adventure has the desirable characteristics of hack n' slash gaming, allowing gamers to enjoy a much more liberated and fulfilling action-adventure so that they can enjoy the exciting gameplay of action. Enjoy leaping, climbing, and running across a range of terrains and environments. Defeat the adversaries with powerful hits, smashes, slides, and other attacks.

For those interested, you can now immerse yourself more in Shadow Knight Deathly Adventure's enthralling narrative, in which players are free to explore their adventure cities, forests, dungeons, and a variety of other locations, each with its own set of challenges and missions to complete. At the same time, formidable enemies with diverse fighting mechanics, such as zombies, skeletons, orcs, and other undead creatures, will undoubtedly increase your in-game actions.

Android gamers in Shadow Knight Deathly Adventure can now employ special weapons on their heroes to make the game more intriguing. Collect hundreds of different weapons from various categories, each with its abilities and combat mechanics. Consequently, you can adopt multiple fighting methods in the game and continue to enjoy the fantastic mobile game. Most importantly, if you can obtain legendary weapons, your characters will undoubtedly become much more powerful.

Android gamers will enjoy various epic in-game tasks throughout the game, each giving its own unique experience. Gamers can choose from many tasks to battle many foes, each with its own set of abilities and fighting systems. Dive into a variety of levels with a variety of objectives and over 100 distinct achievements to fulfill. Overcome the obstacles to obtain your specific loot of jewels, energy, keys, and other items.

Different heroes, each with a unique power

Android gamers will have the opportunity to play Shadow Knight Deathly Adventure with a range of heroes, each with their own set of powers and abilities. Feel free to pick any of your favorite heroes, fight alongside them, level them up, and equip them with unique capabilities.

At the same time, Shadow Knight Deathly Adventure includes classic bosses at the end of each level, in addition to the exciting objectives. Here, players will face off against various diverse opponents, each with its own set of capabilities and abilities. To better involve yourself in the experiences, feel free to employ your multiple methods and in-game strategies.

Idle gaming to keep you occupied

And, unlike many other action games that require players to be present to progress, Shadow Knight Deathly Adventure may self-improve its gameplay by letting the heroes train, fight monsters, and gather resources when you're away. Simply return to receive your awards and continue to play the game as usual anytime you like.

And, speaking of offline gameplay, Shadow Knight Deathly Adventure will make sure that Android gamers can get the most out of their accessible action experiences. Simply immerse yourself in the action-packed mobile gaming whenever and wherever you desire. You don't need to find an active Wi-Fi connection or switch on your mobile data to play the game.

Despite all of the fascinating features, Android gamers may still play the game for free on their mobile devices. As a result, those who are interested can easily download it from the Google Play Store without spending anything.

Shadow Knight Deathly Adventure's spectacular gameplay will offer incredible shadow visuals, just like in the legendary Shadow Fight 3. You can further engage yourself in the combats with impressive skill moves, realistic physics, natural motions, and dramatic visual effects. All the characters and monsters are depicted as shadow spirits. All of these should make it possible for you to immerse yourself in the action-adventure game thoroughly.

Shadow Knight Deathly Adventure's superb audio aspects, in addition to its strong graphics, keep you even more immersed in the fantastic mobile game. Enjoy the powerful and on-theme sounds as you explore the thrilling mobile game. Furthermore, the realistic and responsive sound effects ensure that you get the most out of the intense battles.

At the same time, Android gamers will undoubtedly get more interested in Shadow Knight Deathly Adventure due to our updated version of the game. We provide unlocked gameplay with unlimited money, advertising gone, and necessary mods to improve the game. All you have to do now is download the Shadow Knight Deathly Adventure Mod APK and follow the on-screen instructions. Have a great time enjoying the addictive hack n' slash action without any problems.

Android gamers may all enjoy playing the fantastic mobile title on their smartphones thanks to the basic yet incredibly engaging gameplay of 2D side-scrolling action, as well as the gripping plot wonderfully conveyed in Shadow Knight Deathly Adventure. Enjoy the varied tasks and gameplay while exploring the massive in-game levels. Unlock many heroes, each with its own set of abilities and powers. Have access to a variety of one-of-a-kind weaponry that will allow you to enjoy the game in various ways. And always make use of our customized match to get the most out of this thrilling action game.