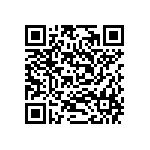 A series of exciting events

When participating in Real Steel Boxing Champions, players will choose robots to fight, and especially they are tremendous in size, and players will control them through many different protocols. In addition, when players will also be faced with choosing the correct characters to fight, this is considered highly complicated. Therefore, each character will have different types of power.
The game also has a series of events that take place continuously so that players can participate and receive worthy rewards, maybe even extremely valuable robots. Commonly these robots are sold at a very high price, and however, if you participate in events and win, you will own them completely free. In addition, you will have the opportunity to receive precious rewards such as utility items or a large amount of money when you experience deals and offers, which will bring more benefits than other deals in normal mode.

Real Steel Boxing Champions are constantly updated and upgraded regularly, especially in this update, players will have the opportunity to own an extremely attractive character. This character will be crafted based on the image of a god originating from Egypt and named Anubis. In addition, Anubis is a character who possesses great strength and can even wholly reverse other characters. There will be many conditions set in this new event for such an extremely valuable character, and players must win to get them throughout the game.

Become a champion in your own way

When participating in the game, players will transform into specific characters that are robots, and the game will provide a series of different robots pushing the player to choose. The player will control them to participate in matches in the arenas. Unlike other robot games, players do not need to go to stores to buy pre-designed or finished robots according to their preferences. When you come to Real Steel Boxing Champions, you will have a whole new experience when you can modify parts on your robots. The game features more than 1500 giant robot parts of 32 exclusive Robots, so you can tap into this resource and apply your creativity to your designs and create robots to your liking.

This game will have stats that can help you get more creative, such as giving you defensive stats on the iconic heads shown at the top. Keep in mind that head attacks do severe damage to your opponent, so you can use that trait as a potential weakness for you to attack them. Possessing a flexible, skilful, and highly defensive head will give you a great position and more peace of mind in the subsequent long battles. And thanks to that, you won't need to worry too much about exposing your loopholes or getting caught up in the opponent's attack plots.

If you equip more powerful Torsos, it will help you increase HP and attack power because this is considered the central attack part in matches, especially the spacious body will receive more HP. In addition, to easily win against more difficult opponents thanks to the specific observation that robots kill and create long-lasting skin colour problems that players can easily defeat. Besides, you can use the legs to create various combos, and strong legs will help the robot stand firmly in the arena without being knocked down. However, if you let it fall, you risk defeat because, at this point, you have no defense.

Real Steel Boxing Champions is a fighting game, so to attract many players, the game will have combos where players can experience great action. In addition, the 3D graphics of Real Steel Boxing Champions are very impressive. The uniquely designed robots and action scenes will leave you asking for more. The blows are similar to most fighting games, but everything is rethought in terms of technology. Overall, this game will put you in the mood for some fighting robots with heavy attacks, especially striking ranged moves. Players will use different key combinations to do things, and the controls of Real Steel Boxing Champions are also relatively easy to learn. For example, you can freely move your robot using the left navigation buttons. Then the attack buttons are all on the right.

On the other hand, the continuous use of keys can become weak points, and the opponent will capture them to exploit. Many attacks will happen continuously, which can cause a lot of damage because they will influence and cause limitations for you. As introduced, in order to be able to win and defeat the opponent quickly, the player must use the items aimed at the opponent's head and target; these are two parts that are considered critical points and cause damage most seriously. What is more, in some long matches, to be able to win against the opponent, you need to draw their blood slowly so that they can destroy the opponent.
What are you waiting for without enjoying the exciting things only at Real Steel Boxing Champions!
Download and discover now!