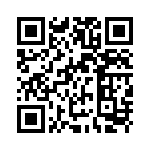 Merge Ninja Star 2 gives players a role-playing game that is quite simple and interesting but equally attractive. The game provides a series of different new and different contexts to help players get the most beautiful experience. Merge Ninja Star 2 is a game published by MOUSE_DUCK. With this version, many attractive features have been added, such as adding a new companion, a boss guarding the forest, and the appearance of Healing Hippo that will be your practical assistant in battles. Not only that, but the player can also change the context of his struggle. A war scene is sure to make you feel euphoric and amused.
Let's explore this fun and idle RPG game right here!

Many attractive offers for players

For preferential treatment for fans of Merge Ninja Star 2, new players will enjoy a special incentive mode, which only applies to rounds under 1000. Specifically, you can destroy your opponent faster because the monster's HP will be halved after your attacks. Not only that, when you defeat the monsters, you will receive double gold coins. This is an opportunity for you to shop and equip many exciting items for your character. Another attractive incentive is that players can skip some unnecessary stages. What's more, players can also get some free skins to change for the character.

Players do not need to worry about any problems because Merge Ninja Star 2 has optimized and gives players simple control features. There is no need to perform cumbersome movements; you just need to click and swipe to perform actions to control your character. With Ninja darts, you can manage your character to use it and destroy your enemies. After you have killed certain enemies, you will get more darts. You can then drag them to link together to form a greater power and can attack enemies instantly.

In the battles of Merge Ninja Star 2, players will enjoy various attractive skins and different vivid effects. These will give players the most incredible inspiration when participating in combat. When you pass certain levels, the game's difficulty will increase gradually, and you will have to encounter more vigorous opponents or bosses. Therefore, it is essential to have a specific and flexible strategy to defeat the enemy. In times of danger, you can also use your unique skills, such as increasing the attack power of your fists and a few other skills, to overcome difficult times.

To avoid players getting bored, Merge Ninja Star 2 has created many different battle spaces. If you love underwater battles, you can freely change to the underwater game mode. The air battles will be extraordinarily epic, and you will use the Ninja star weapon to attack the opponent. It is worth mentioning that this Ninja star weapon is the one that you have merged between levels; this is a great power that you possess.

Many quests and attractive rewards

Indeed you will be immersed in the world of Merge Ninja Star 2 because every day, there will be different tasks set out, and you will have to conquer them. After completing the missions, you will receive a series of attractive items such as new skills or protective armour. Not only that, but you can also freely compete to enrol in the highest rankings. Try to conquer as many tough challenges, and you will receive great rewards. Not only that, but you also get many different costumes to change your character's appearance in battles.

If you are looking for a few entry games, Merge Ninja Star 2 will be a great choice. The easy-to-play and straightforward RPG battles are not challenging, and you can easily play and have fun with Merge Ninja Star 2. Coming to this game, you will discover a variety of skins and effects exciting. Not only that, with this version, a series of new features will help players feel more deeply the RPG gameplay than ever before.
Download and explore Merge Ninja Star 2 Mod Apk now!