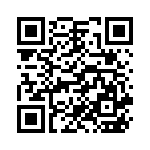 Be prepared for the next MOBA gaming sensation, League of Legends: Wild Rift, which will be released for the first time on smartphone platforms. In this game, you may enjoy the world-famous League of Legends and play as your favorite champions.

The mobile version of everyone's favorite League of Legends: Wild Rift, brought to you by Tencent, is a strong contender for the most excellent MOBA game on Android devices. With our reviews, you may learn more about this fantastic game.

The game takes place in a realm known as Runeterra, where divided kingdoms and factions constantly fight for dominion. The regions are enlivened by magical relics known as "Runes," which are said to have the ability to create the universe itself. As a result, wars break out between numerous factions, all vying for control of the powerful Runes.

Many wars and battles have ravaged the world, leaving nothing but ruin and devastation in their wake. The "Runes War" has caused so much agony and suffering to the people for years. Knowing this, Institute of War members founded the League of Legends to protect the regions from further harm.

In these arranged encounters, champions from all sides will have the opportunity to prove themselves against one another. As a result, the Fields of Justice were constructed, and champions can now face challenges in the Summoner's Rift, Howling Abyss, and Crystal Scar battlefields.

Easy to use and intuitive controls

League of Legends: Wild Rift is the perfect illustration of how fantastic a MOBA game can be on mobile devices for those still unsure whether it would be tough to transfer PC controls to touchscreen controllers.

Thanks to easy and intuitive controls, it will take a few minutes for players to acclimatize to the new controls and begin enjoying League of Legends Mobile. You'll find it simple to move around with your characters and have quick access to all of the available settings.

Despite the game's easy and intuitive controls, players will need time to learn all of the game's features. To be able to cast skills and combos with ease, you must practice a great deal.

Get to know champions of various classes

Players will have the opportunity to participate in spectacular PvP battles in this epic MOBA game from Tencent. Play the game as one of your favorite champions and choose your route.

Lots of items with endless combinations

The mobile version of everyone's favorite League of Legends: Wild Rift, brought to you by Tencent, is a strong contender for the most fantastic MOBA game on Android devices. With our reviews, you may learn more about this beautiful game.

The game also has handy community interactions to let you converse with other players more successfully. This includes adding new friends, inviting friends, and even reporting harmful online gaming conduct.

In addition, players can easily communicate with one another during each match by using in-game text and voice chat. It's now even easier to play games on your smartphone.

Three epic battlegrounds waiting for you

Summoner's Rift, Howling Abyss, and Crystal Scar are three enormous battlefields where you may put your talents and abilities to the test in League of Legends Mobile. There will be different rules and restrictions for each map to make the game more fair and enjoyable:

Play the game with millions of people from around the world

The game is presently free to play, which means you can enjoy League of Legends: Wild Rift on your mobile device without paying anything. Download and install it right now to enter the realm of Runeterra's magnificent champions.

Even the most ardent League fans will be surprised by the game's stunning 3D graphics. Tencent's creators were gracious enough to add configurable graphics to make the game appropriate for various Android devices. As a result, you may play this game with smooth framerates on any Android device.

Each action you make, each spell you cast, will become highly relatable thanks to realistic and gratifying sound effects. You'll experience what it's like to be a true Runeterra hero who joins the struggle to save his hometown.

League of Legends: Wild Rift Mobile brings the most addicting and entertaining MOBA game to Android devices, with in-depth gameplay from the PC version. To get your hands on one of the top Android games of the year, download and install the game right now. A variety of items with varying effects in addition to the various characters and classes. Gamers will have the opportunity to try out different builds depending on their champions and the builds they're going for. You can experiment with a variety of things and various combinations. With League of Legends: Wild Rift, the possibilities are endless.