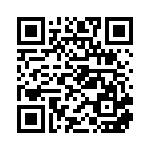 Defeat the adversaries attempting to capture your planet with your tremendous fire powers and brilliant tactical skills. Iron Marines is the latest tower defense game by Ironhide Game Studio, the well-known Kingdom Rush series makers. Determine whether or not it is worthwhile to have this game installed on your devices.

The universe will be your battleground this time. Gather your troops, construct your towers, and join the thousands of defensive conflicts taking place across the Galaxy. To protect your planet from attacking foes, recruit fierce soldiers, hire alien mercenaries, build your robots, and construct spectacular towers.

Compared to most other tower defense games, Iron Marines leads us to a completely different setup. This time, instead of fighting savages or mystical creatures, you and your army will be pitted against intelligent aliens that can match your strategies and firepower.

Will you be able to defeat such foes? You won't know what's possible unless you try it.

Iron Marines offers a large number of game modes and allows players to explore the cosmos freely. Recruit armies of fully-armed soldiers with a variety of formidable weapons and skills. To take the upper hand, change their battle roles to counter your opponents. Robot armies, enormous aliens, impressive battleships, and heroic heroes are all waiting for your orders. To that end, here are a few highlights:

Massive gameplay with many features to discover

You'll have access to dozens of playable gameplays in Iron Marines, allowing for hours of entertainment. As a result, you'll be able to choose from 21 different campaign tasks set in three separate kingdoms. Various adversaries and terrains will appear in each area, requiring you to alter your defense accordingly.

Furthermore, players have access to spectacular game modes, including intense assault clashes, dangerous rescue missions, gory defensive battles, and hundreds of other heroic acts. It would be best to devise alternative techniques to overcome each task; ensure that you use your expertise well to obtain the upper hand.

You'll receive access to 17 Special Operations, which include new combat rules and new landscapes, in addition to the 21 different campaigns. It will be exceedingly difficult for you to conquer, but the benefits will be well worth the effort.

Put your skills to the test

Why not try the Impossible Mode if you've already exhausted the two previously listed game modes? The Impossible Mode, as its name suggests, is only for the most seasoned Iron Marines commanders. And it won't be available to all players. To put your skills to the test in this mode, you must first accomplish specific tasks and campaigns.

It's time for big bosses

The adversaries you're up against, on the other hand, aren't to be laughed at. It would take a lot of work to deal with them because they're so robust and durable. Furthermore, various bosses would cause even the most seasoned commanders a great deal of difficulty. To battle these massive, nearly unkillable bosses, you'll need to make effective use of your arsenals.

Enhance your abilities with incredible upgrades

The game presents you with dozens of different upgrades that may be employed to boost your strategic and fire powers to help you deal with the bothersome minions and their scary bosses. Using powerful fire rockets, napalm bombs, and a variety of other fantastic weaponry, wipe out your opponents. Alternatively, you can take advantage of the tremendous things that could provide significant benefits to your organization. Regardless, make sure you give it your all to defeat your foes.

Superheroes at your side

In Iron Marines, you can also summon the mighty heroes to aid you in combat, in addition to the potent enhancements. These heroes can deal devastating strikes to their foes with their extraordinary abilities, killing hundreds of them and slowing their progress.

However, before you send your heroes into war, you'll need to train them thoroughly. Your heroes may not be as effective in battle if this is not the case.

As if that weren't enough, each commander is also given eight Special Weapons, which enable them to cast potent spells that significantly impact combat. That said, if you use your weapons properly, you can eliminate an entire army of your foes in a single strike. Upgrade your Special Weapons to their maximum potential to see if your opponents can handle hundreds of missiles landing on them at once.

And to make the game a little more thrilling by assisting you in obtaining great prizes. The makers have offered players the option of completing specific achievements. The final awards will not disappoint you, even though they are typically complex and time-consuming to achieve. Perhaps you'll need that to fight a particularly formidable foe.

You are mistaken if you believe you have mastered the game after completing the campaign mode. Iron Marines allow players to unlock the more tough Normal and Veteran modes to make the game even more difficult. You are only deserving of the title of top commander once you have finished these two.

The game is incredibly entertaining even for veteran gamers, thanks to its mind-blowing visual effects. Furthermore, the fantastic Galaxy and exotic planet atmosphere will be relatively fresh to you, making you even more anxious to begin your adventure.

Large-scale battles are also fantastic because you'll get a comprehensive top-down view of the entire battlefield. When combined with the intuitive 3D graphics, you get the commander-like experience you've always desired.

Apart from the synchronized music that adds to the drama and intensity of each duel. With the gunfire, rocket launches, explosions, and so forth, you'll also get realistic and dynamic sound effects. This gives the game a more realistic feel.

The developers have effectively provided an authentic galactic battle experience with stunning graphics and music effects. Iron Marines is a must-play game on Android smartphones because of its extensive gameplay, which includes various discoverable elements such as multiple game modes, difficulty levels, and hundreds of playable missions.