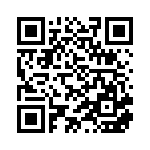 Perhaps the story of a knight saving his princess from danger has now become too familiar. Coming to the game Dragon Hills, all rules seem to be broken when the new princess is the character who stands up against everything.
This is a game released by Rebel Twins. The content is quite an exciting story but also very unique about the revenge journey of a beautiful princess, and her companion is a dragon with an unusual appearance. The princess always moves forward strong, but she will also face many dangers and enemies trying to attack her. Not only that, many epic fights will break out, and your task is to help the character overcome many challenges and complete the set goals. Don't forget to earn a lot of money to upgrade your dragon to more power and become the most dangerous dragon.
Let's explore Dragon Hills MOD APK right here!

(play a level and you will have a lot of money)

The story of the princess revenge

The story opens with a princess in a castle as if she is waiting for something or someone. Meanwhile, to her surprise, a hero appeared and went straight to her castle. This story reminds us of a sweet vision of a knight coming to rescue his princess. But the story is the opposite like that, he is an evil person and came here to take possession of the property in this castle. Everything happened that made the furious princess; from there, she began a journey of revenge against this man.
In the process of her revenge, the princess will have a companion that is a dragon. But this is a dragon with a strange and somewhat unusual appearance. If you imagine a dragon, walking on foot or flying looks cool, but the dragon in Dragon Hills is unique. This dragon moves by stretching out for the princess to ride, and it will continuously slide through a variety of terrains and environments. Not only that, but this dragon can also dodge, hills jumping or dig holes to move into it to avoid the opponent's attack. Dragon Hills brings you a beautiful and exciting 2D world. Surely with this version will bring you the most attractive gameplay ever.

Dragon Hills brings an extraordinarily perfect and eye-catching 2D environment. You can instantly playable and feel movement in this environment is entirely automatic. With revenge mission, this princess's revenge is always shown most strongly. Anything in the way that hinders you can destroy them. At the same time, there will be gold coins on the way, and you need to quickly collect them because these gold coins can help you maintain resources for yourself.

At the beginning of the Dragon Hills game, to know the status of your dragon, you can observe the parameters of the number of hearts it has. In these crazy adventures, there will be many rounds, and each round, the princess and dragon character will have to face many different challenges. It can be said that in Dragon Hills the first dangerous enemy that the character has to face is the spear-wielding soldiers. Their powerful attacks can cost you half of your health.

The dragon in the game Dragon Hills has many skills, such as dig deep into the ground to form tunnels to dodge attacks from enemies. When you go to the chalet, this seems to be a safe place for you. But when you go to castles or watchtowers, attackers can hide underneath and suddenly appear and attack you. At this time, the princess and the dragon need to think and choose the right time to dig deep into the ground to create a tunnel to hide.

In the game Dragon Hills, many enemies will appear; they will try to attack you no matter what terrain. The deeper you go into the inner rings, the more dangerous the terrain will be, some rugged terrain such as wormholes containing very scary molten magma or traps with hazardous spikes. You need to pay attention and find a way to fight and react well to protect your dragon.

In addition to the formidable obstacles that appear, boss battles will also be broken out. Then bosses will appear and try to attack you, this is a super powerful enemy, and you need to pay attention to it as much as possible. Specifically, the boss also has the means to help it move faster. The best way to beat it is to attack it continuously, or you can use the shards of the item you just destroyed to attack them.

It would help if you had an investment in your dragon; this will help you get a very dangerous dragon and help you conquer many of the most classic missions. Every element in this game will be an essential aspect that makes your dragon stronger than ever. It would help if you focused on upgrading the dragon's health, strength, and attack stats. You can start the upgrade process by increasing the power of the princess's blade and then equip your dragon with powerful armour.
To perform the dragon upgrade process, you need to pay a certain amount of gold. A variety of new shapes and features are waiting for you to unlock and explore ahead. Surely this will be a fascinating and super fun experience.

Join the game with friends

Coming to Dragon Hills Mod APK, you can not only compete with your friends, but you can also compete with thousands of other online players. Try to complete every challenge well and keep a high position on the leaderboard. Challenge your friends to compete in battles for exciting rewards. To be able to instantly playable, click "download" at the end of this article!

Android gamers don't need to worry about anything anymore because, with Dragon Hills Mod APK version, you will enjoy it absolutely free. This is our latest version and has been downloaded hundreds of times every day. Players can easily download and install Dragon Hills Mod APK on their devices most comfortably. The last thing is to open the game and enjoy the best gaming moments.
Specifically, you will enjoy unlimited money with this mod, and you can control game most easily. This is considered one of the games with unique characteristics. In addition, this version has a bug fixed, and you will experience the smoothest without being interrupted by any factors.
Too many beautiful things that are only available in Dragon Hills Mod APK version for free, and this is the game for you!