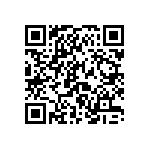 Use your imagination to challenge other players in epic PvP battles. Create your one-of-a-kind machines using a variety of gadgets. Use all of the weapons you've gathered and put them on your brawling machine to dispatch your opponents quickly. In CATS: Crash Arena Turbo Stars, take part in exciting challenges and competitions to become the champion.

Our reviews will tell you everything you need to know about this fantastic game from ZeptoLab.

In the game, players will accompany a courageous CATS: Crash Arena Turbo Stars enthusiast on his quest to become the world champion one day. That day has finally arrived. Uncle Tony invited you to be his champion while you were daydreaming while watching the global tournament.

He then gives you a tiny machine as a birthday present. Snake and the gangs approached you soon after, demanding that he return the device he had stolen. He simply offers it to someone better, as he claims. And you're one of them.

So now is the time to reciprocate his kindness by assisting him in defeating the nasty gangsters with your newly acquired machine. Equip it with weapons and upgrades to battle the villainous Snake and his crew. This is where your trip begins. Never quit up until you've won with the most powerful machine in history.

Realize your childhood ambition by becoming the master engineer you've always wanted to be. In CATS: Crash Arena Turbo Stars, you can experiment with different engineering and crafting options with your master machine.

Create your machine with unique mechanics and upgrade parts to increase its power and damage. Build the best machine to help you win the global championship. And, because the war will resolve automatically based on your designs, you must come up with a decent one.

Engage in epic PvP battles with other players

As you destroy one after another in epic and hilarious machine battles, you'll find yourself becoming the neighborhood's meanest cat. Online PvP combat is also available in the game, where players can pit their machines against other players. To increase your chances of winning, make sure your machines are well-designed and upgraded.

Compete against other gangs worldwide

And only the powerful can reign over the weak in this city. As a result, gamers and their gang can take on the epic global challenge and conquer the entire town in exciting co-op gaming with their gang mates. Challenge gangs from all around the world and demonstrate your strength.

The World Championship battle to the top

Above all, CATS: Crash Arena Turbo Stars has an outstanding World Championship where you can compete against the most formidable opponents from across the world. To proceed to the next round, challenge different CATS players with diverse playing styles and win against them. Every day, get closer to the World Champion title, and one day you'll be the champion.

Equip your machine with awesome weapons

CATS: Crash Arena Turbo Stars players will have access to many fascinating weapons and gadgets that they can quickly put on their devices. As a result, you must amass the most bizarre weaponry and create the most incredible designs to fool your opponents. To win the game, you must employ different tactics and methods depending on your opponents.

With the spectacular and humorous matches, gamers may also participate in betting games to earn some extra cash. As a result, as you wait for your next game, you can walk around and place bets on other bots to win. Who knows, you might become enormously wealthy even if you don't win the title.

Gather your gang and become the best

Find yourself ruling the streets with your gang, which includes all of your best friends. Make your most potent machines and use them in an epic clan war. In CATS: Crash Arena Turbo Stars, players will have a lot of fun with several bouts that involve up to 3v3 clashes. Make your clan's hideout your own and have secret meetings with your gang's members.

You may quickly connect the game to your social accounts if you want your progress to be shared online. Feel free to brag about your accomplishments in CATS: Crash Arena Turbo Stars and share your progress with your friends.

Complete your season to earn rewards

Seasonal events are also introduced to gamers in CATS: Crash Arena Turbo Stars, which endure for a set time. Each season has its own set of themes, missions, and prizes. You have the option of completing these seasons to receive fantastic rewards.

CATS: Crash Arena Turbo Stars is presently available for Android users to play for free. As a result, you may effortlessly install the game on your devices at any time and from any location. Simply visit the Google Play Store, and the game will always be available for download.

Take pleasure in the game's adorable and lively graphics. Takedown your opponents with unique weapons and watch as your hits cause spectacular visual stuns. Everything will feel exceedingly genuine and legitimate because of the realistic mechanics. As a result, you must pay attention to the design of your machine so that it doesn't collapse to the ground.

On the other side, CATS: Crash Arena Turbo Stars' simple aesthetics make it very approachable. As a result, you'll have no trouble enjoying the seamless and engaging gameplay on your low-end devices.

CATS: Crash Arena Turbo Stars players will be thoroughly engrossed in the battles thanks to the game's accurate and pleasant sound effects. Furthermore, the soothing soundtracks will have you listening for hours.

However, if in-app payments irritate you, you might find our customized version of the game appealing. Download our CATS: Crash Arena Turbo Stars MOD APK on your devices whenever you want to play with the game entirely unlocked. Furthermore, the game will be ad-free, so you will not be harassed by them.

CATS: Crash Arena Turbo Stars is one of your best options if you're searching for a basic action game with unique gameplay and features and, most importantly, rapid matchups so you can play whenever you want. Join your gang in the land of machine combat and use your ultimate contraptions to reach the top.