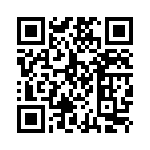 In Alien Creeps, you'll be immersed in a fantastic world of futuristic tower defense games. Challenge the opponents in a series of spectacular and intriguing tower defense fights as you go on your ultimate trip.

Build your ultimate defenses to stave off the adversaries' onslaught as you immerse yourself in the strategic gameplay. Take on your foes with futuristic technologies that are both advanced and capable. Have a good time as you discover the game's numerous intriguing gameplay and features.

With our reviews, you can learn more about this fantastic mobile game by Outplay Entertainment Ltd.

Android gamers will take on the role of Earth's resilient troops in the game. As you protect your military base from the relentless attack of the Alien Creeps army, led by the famed Emperor Razo, fight against the terrible alien monsters and opponents.

Utilize the most cutting-edge technologies currently accessible and construct incredible towers to aid in defense of your base. You'll be exposed to a variety of sets and environments. Take on various Alien Creeps levels, each unique gameplay, and dive into the fantastic tactical gameplay.

At the same time, you'll have access to many unique upgrades that can help you significantly increase your defense. As you use the heroes' abilities to deal with the foes efficiently, you will receive assistance from them. Have complete control over the battlefield, allowing you to construct and deploy your defenses in multiple locations freely.

An enjoyable and easy-to-learn TD game

First, fans of the tower defense genre will be pleased to learn that Alien Creeps is a large and engaging game. Here, you'll be able to harness the incredible abilities granted by your science advancements to combat the nefarious Alien Creeps efficiently.

Defend the Earth by completing a series of challenging quests that take you across several maps. As you go, you'll face a variety of vicious and terrifying foes. Unlock special powers and strategically place them to counter the adversaries' attacks.

You'll also get access to the game's intuitive in-game controls and interactive interfaces, making it accessible and intuitive for Android gamers. As you organize your defenses and fight the enemies, use the easy and convenient touch controls.

Discover an array of exciting levels

In addition, Android gamers will have access to several campaigns in the game, which will provide them with engaging and captivating stories. Take on more than 50 entertaining levels, each with various challenging obstacles and objectives for you to complete.

Furthermore, Alien Creeps will never weary you or leave you wanting in any way, thanks to the increasing difficulty. However, thanks to the simple directions, it's pretty simple to enjoy the first stages. And as you continue through your campaigns, the problems will get increasingly harder, ensuring that the game remains enjoyable.

Choose from a variety of game modes

And, for those who are interested, the game is also delightful, with numerous alternative game types in addition to the main missions. As a result, you may be able to find the ultimate in-game tasks, complete them, and get some special rewards. On the other side, you could enjoy the daily activities for various gameplay while also receiving special rewards as you complete them.

Last but not least, the game includes an additional 58 outrageous 2-minute challenges for the most skilled gamers to test their skills. Nonetheless, Alien Creeps and its entertaining gameplay will keep you entertained for a long time.

Various destructive towers to choose from

Dive into Alien Creeps' fantastic tower defense action, where you'll have access to a range of fascinating structures with unrivaled abilities. As you combine their unique and intriguing skills to create the ideal tower defense, make use of their individual and exciting talents. With your towers, discover and enjoy the ultimate collection of destructive powers.

Fight against the invaders with your armies

Gamers in Alien Creeps can also command their massive army to battle against the invading foes, making the game much more enjoyable. You have the option of selecting from a variety of units, each with its own set of abilities and talents. Use them to your advantage as you lead your troops into the ultimate gunfights with the nefarious aliens. Deploy them wisely and at the appropriate times to deal with the enemies successfully.

In addition, the game has fantastic characters, each with their unique set of ultimate skills and abilities. Feel free to use their incredible skills as you fight with the infamous foes. Deploy them at critical periods to completely shift the battle's tide.

Furthermore, Alien Creeps offers many upgrades and boosts for your towers, heroes, and warriors to choose from. To accomplish your ultimate enhancements, you must collect specific resources. Boost your defenses so you can deal with the ever-increasing threats.

Furthermore, if the case calls for it, you can always use the game's numerous boosters to reinforce your defenses successfully. You can use them to heal your soldiers or to boost the tower's firepower.

Play the game with friends and online players

And, for those who are interested, you can always play Alien Creeps in Alliance mode with your friends and other internet gamers. Feel free to enlist the help of your allies in your all-out assault against the nefarious foes. Alternatively, you can always lend a hand in combating the formidable aliens. Last but not least, those of you who are interested can compete with the best players in the world by participating in the epic Leaderboard challenges.

Furthermore, those who want to take advantage of the game's unusual prizes and acquire unique trophies can immerse themselves in the fun and engaging gameplay. As you go, collect your beautiful rewards.

Enjoy the game at many exciting events

Furthermore, there should be various events in the game with varying themes now and again. You can access Christmas, New Year's Eve, Independent Day, and many other intriguing events based on real-life events depending on the season. Feel free to experiment with different game types and have fun anytime you have the opportunity. But hurry, because these activities aren't going to stay forever.

Despite having these fantastic features, Alien Creeps is presently available for free to all Android gamers. However, finding the game on the Google Play Store and accessing entirely free gaming is quite simple.

In Alien Creeps, gamers will have access to a fun and engaging gameplay experience with interactive and responsive graphics. As a result of the great visual experiences in each combat, each would appear and feel highly entertaining and enjoyable.

The game introduces Android gamers to great TD battles with powerful and profound sound effects. Dive into the fantastic maps, where you'll be confronted by nefarious extraterrestrials while listening to incredible sound effects.

However, because it is still a freemium game, you will be limited by advertisements and in-game purchases. As a result, some of you may become irritated by these undesired characteristics. As a result, you should check out our customized version of the game, which is fully unlocked and free to play. All you have to do now is download and install the Alien Creeps MOD APK from our website.

Alien Creeps will undoubtedly appeal to fans of Kingdom Rush Vengeance, Bloons TD Battles, and a few other exciting tower defense games. That being said, if you're searching for a whole TD experience on your mobile device and are intrigued by sci-fi settings, this fantastic game from Outplay Entertainment will undoubtedly provide. Not to mention the fact that you'll get it for free.